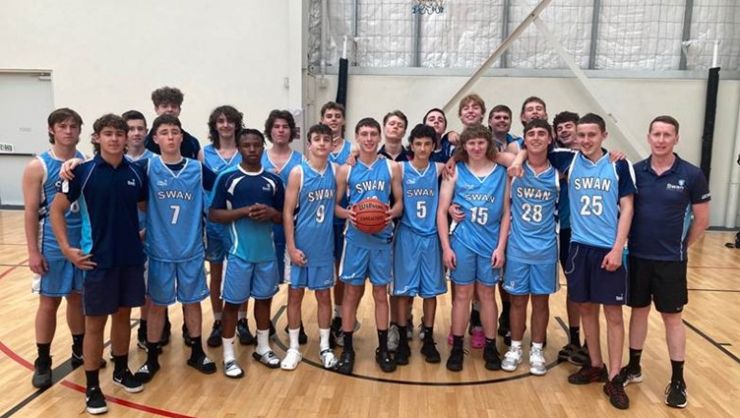 Congratulations to students who have achieved high honours for their sporting achievements recently.

Congratulations to Daniel B (Year 12), Jeandre K (Year 10) and Harrison S (Year 8) for being selected to the ACC Athletics All-Star team for 2022.

The team is an "All ACC" honorary team consisting of the best performer(s) in each event across all schools and divisions within the association.

Levi H - Basketball
Congratulations to Levi H (Year 8) who has been selected as the youngest Australian to compete in a college basketball tour in Dallas and Chicago in America. Levi has worked tirelessly towards being considered for this program which is meant to only be available for students in Year 9 and older. As a Year 8 student he attended the trials to gain experience, however, after competing against 300 other West Australian boys was one of the very few to be selected. Early in 2023 Levi will fly to Sydney then onto the USA for 20 days where he will experience playing at different Colleges against American teams.

The 2022 Judo Australian School Championships were held on the Gold Coast on 23 September 2022 with over 150 students representing their schools. Congratulations to Deana (Year 8) and Mithrem (Year 10) M for representing Swan at the Championships. Deana was the silver medallist in the Senior Girls – Under 52kg, and Mithrem placed 5th in the Cadet Mens Division 1 – Under 66kg.

Boudene H – Netball
Congratulations to Boudene H (Year 12) who has been awarded ACC Letters for Netball.

First introduced in 2013, the awarding of "ACC Letters" is the highest individual accolade awarded by the ACC. To receive "Letters", a student must be selected in an All Star team in the same sport for the prescribed minimum number of years. Letters in Representative sports can only be achieved by All Star selection in the same sport for at least 3 years.
Boudene has been awarded Letters for selection on three occasions to the All Star Netball Representative Team. She becomes the fifth Swan student to receive ACC Letters.