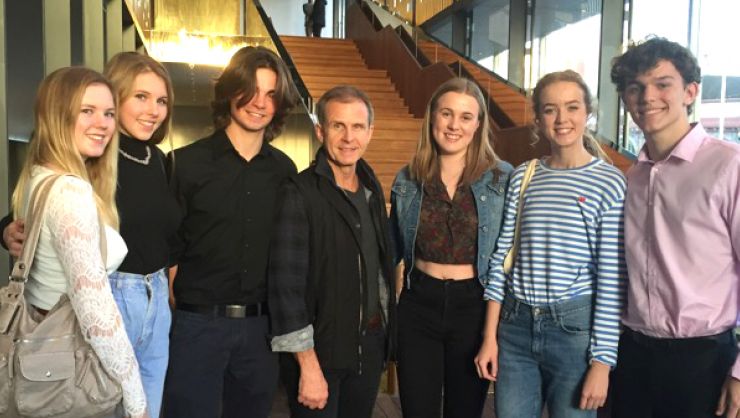 “The home of the People shall also be the home of Reason”!

On Saturday 6 August, Senior School ATAR Drama students attended this intercultural and artistically groundbreaking interpretation of 1944 Brechtian classic. The work was reinterpreted for modern audiences and relates Brecht’s narrative to that of an old Chinese fable of The Chalk Circle. The play was designed in a Beijing Opera style and uses over 60 masks and authentic Chinese costumes, staging and properties. The play was directed by Dr Wang Xiaoying (through interpreters) and brought together both Chinese and Australian designers, actors and musicians.

The story follows a young girl, Grusha, who saves an infant from abandonment, and who sacrifices a great deal to ensure the child’s safety. The biological mother wants her child returned to her and Grusha must convince Azdak, the newly appointed judge that she is and has been the child’s real mother.

Steve Turner, one of the stars of the show, and a personal friend, kindly meet with the students to discuss the production after the performance.