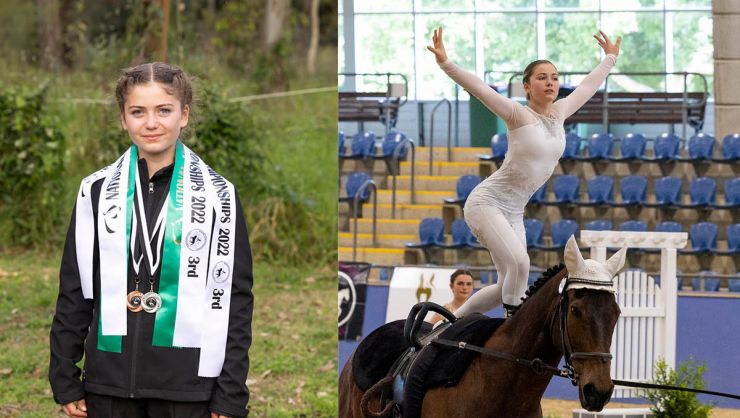 Our Year 7 student, Skyelah D, competed in the National Vaulting Championships in Sydney during the October school holidays, representing WA at the highest levels. She has progressed so high up the levels that she is no longer competing in her own age group, but against adults in open competition, with 15 being the next age up in her individual competition.

Here is her mother's, Mrs Rebecca D's write up about the competition:

The whole team did well above expectations. We have been hungrily waiting three years for the boarders to open and a National/International Event not to be cancelled. The lead up was heartbreaking, weeks before the event our main vaulting horse Willow passed away suddenly to colic and wonder veteran horse Mak had to step up. Originally he was going as the second horse and doing the lower levels as his final debut and retirement from National Competition. The vaulters had weeks to decide whether risk the unknown and use a pool horse, change their routines or go down a level to suit the smaller horse Mak, all while dealing with heartbreak and emotions of the loss of a treasured horse that was an integral part of the team.

Mak put his big boy pants on and not only stepped up, but showed some of the other vaulting horses how versatile and just keep on going Off The Track horses are. He will be retiring with Honour and many memories.

The judges' comments at the closing ceremony were that this was the highest standard of any National event, which is just brilliant as COVID-19 has bought challenges in training and events with lockdowns, boarders closed, social distancing and major events cancelled.

Our WA Vaulters are up against seasoned vaulters, many on the east coast states run regular qualifying events so vaulters have the opportunity to compete as regularly. In WA our guys are lucky to get one vaulting competition a year to compete at. We had 13 vaulters from WA, and Every WA vaulter came home with a ribbon.

Congratulations Skyelah for your amazing performance at the National Vaulting Championships! 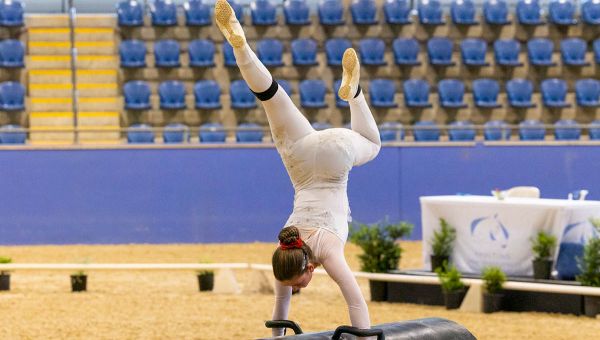