A day of  pain and suffering:
We set of on the 2014 C4C ride at 9:30am and headed out to the gruelling Welshpool Road hill climb, just a nice warm up for what lay ahead. For some of us first timers we were lead to believe the rest of the day was going to be reasonably easy. That was certainly not the case with the 45 minute lunch break being very timely to restock the tanks.

The warm temperature took its toll in the afternoon with cramps affecting many riders. This was further compounded by several other individuals suffering with the flu which made riding a real struggle.

Thankfully with the aid of a tail wind and the final 2km descent we arrived at the Brookton Recreation Centre at 4:30pm for a well deserved hot shower and rest.

The delicious evening meal prepared by Mrs Howell and Co was served outside under the verandah over looking the pristine sporting grounds with the extraordinary full lunar eclipse occurring above the horizon.

To finish off the evening, the team had a debrief meeting where issues of the day were discussed and awards presented for outstanding efforts of the day.  The 'yellow jersey' was presented to Mitch Radley for his determination to push through severe attacks of cramp. The 'service to others' award went to Kaleb Lewis for assisting many riders struggling throughout the day. The 'Dinosaur' award went to Tim Radley.  During a history lesson at lunch, Peter Alcock described some ancient vegetation as being from the pre historic Jurassic era. At this point Tim popped up stating that he also felt he belonged to that era. Thus automatically qualifying Tim for the award.

By The Radley's and Zannino's 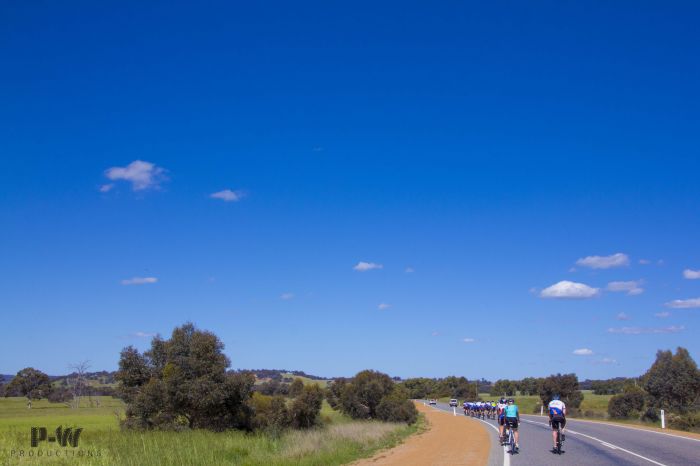 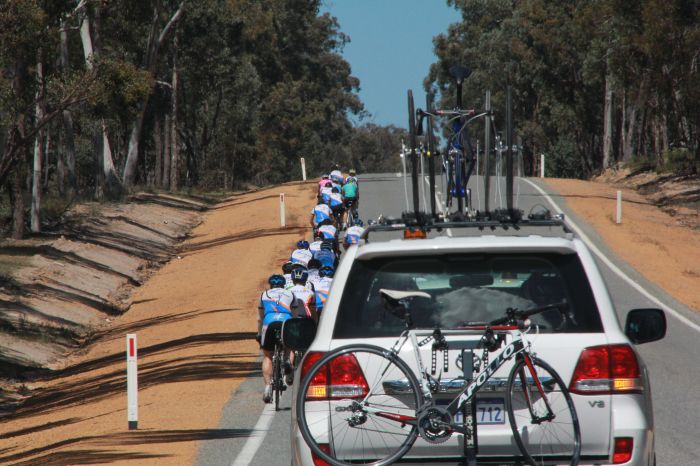 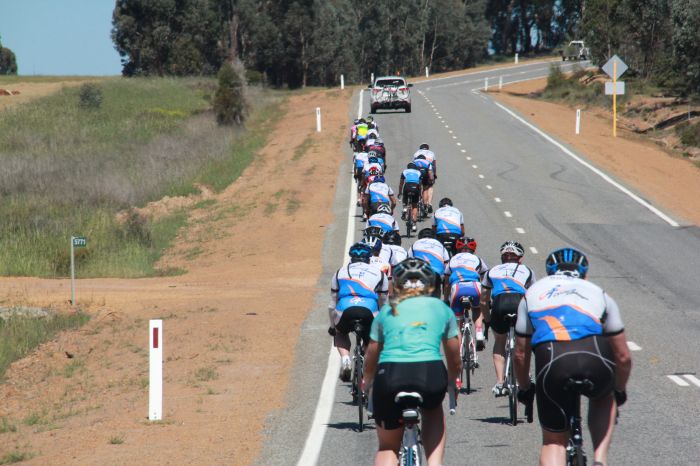