Well work is over and it's playtime again. We finished up at Sunshine House yesterday at lunchtime and after our final lunch of the best tasting potato dumpling type something. Braydon has asked the cooks for the recipe they were so good.

The work project was a great success.  The electro boys smashed it out and knocked off the last of the 3 girls dorms and also all the upstairs classrooms and library. The metal guys finished the 9 sets of louvres, installed the three we could and left the rest for the Cambodian guys to get scaffold they need for safe installation. A bonus extra was the steel frame they whipped up for 4 of the desks up there that we're chipboard framed that were disintegrating from the water coming in. We ran out of steel flat bar so we have a good starting point for next year. Mr May took charge of relining the walls in the toddlers room that had some broken asbestos in there. He was using power tools like a pro - the sweat dripping from his bearded face like a real tradesman - he was just missing the Pat Cash sweatband. Reagan and Hayden and BJ Halpin working along side with painting and they knocked it off in one morning which was sensational.

It's always a bitter sweet departure from SH. One of the little boys from Mark's posse was in tears as we left - that was heartbreaking. The Friday night was the usual SH concert with Khmer dancing and singing with our boys - Dylan, Mark, Josh and Regan especially - covering themselves in glory with Khmer dancing and allegedly Australian cultural dancing. After the concert they pumped up the music and the dance party kept going for another 2 hours.

So back to Phnom Penh for showers and laundry and icecream on the lounge chairs at the Blue Pumpkin. A lovely walk along the waterfront after for a bit of takeaway bugs and crickets before a loooong sleep in a clean a/c room again.

This morning was the annual soccer match. Our boys up against the Cambo team from the bus drivers boarding house he runs. A highlight for everybody with The King as head coach and R Biddle and G May each scoring crucial goals providing inspiration for the team and eternal glory for Australia. The shirt over the head and airplane run from Mr May was a fair celebration for a world class effort. Josh V in the white tennis skirt and hot pink soccer shirt was a little confusing but in his words 'gave great air flow'. Photos will be available for sale when we get home.

This afternoon it's a pizza lunch that I had better get to soon before Mr King eats it all and then last minute shopping. We leave the hotel at 6:30am tomorrow for the long trek home. Tired but contented and slightly wiser travelers we hope. 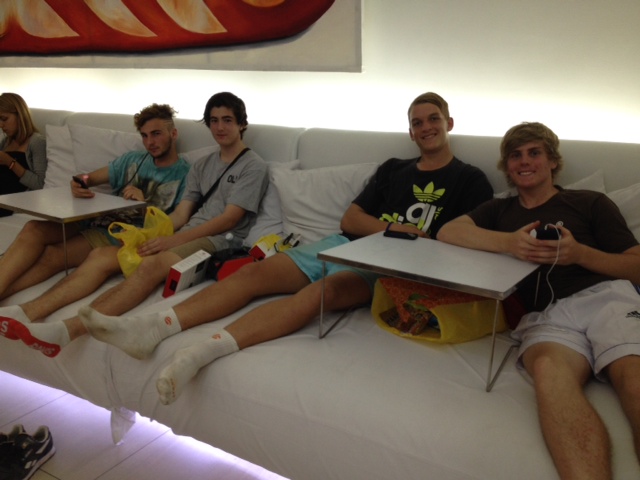 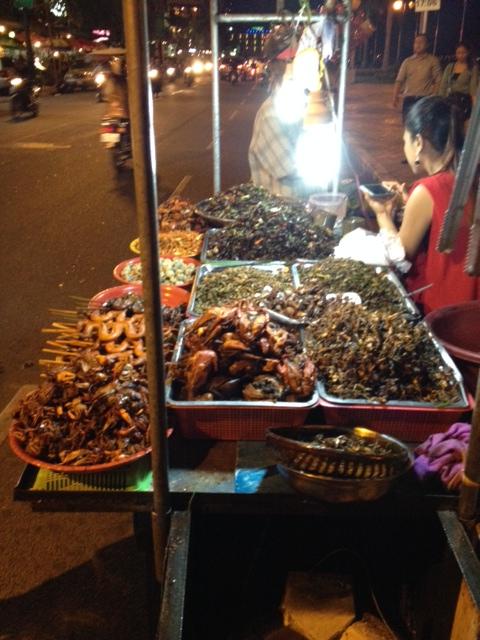 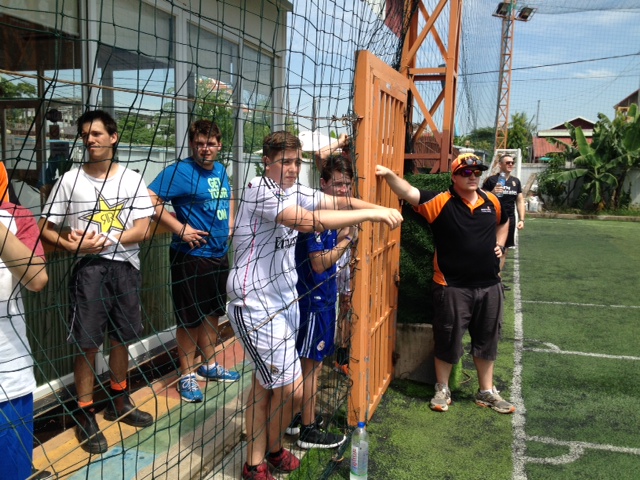 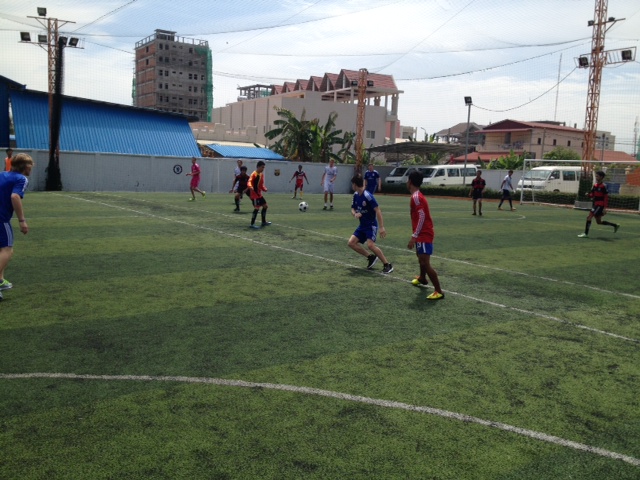