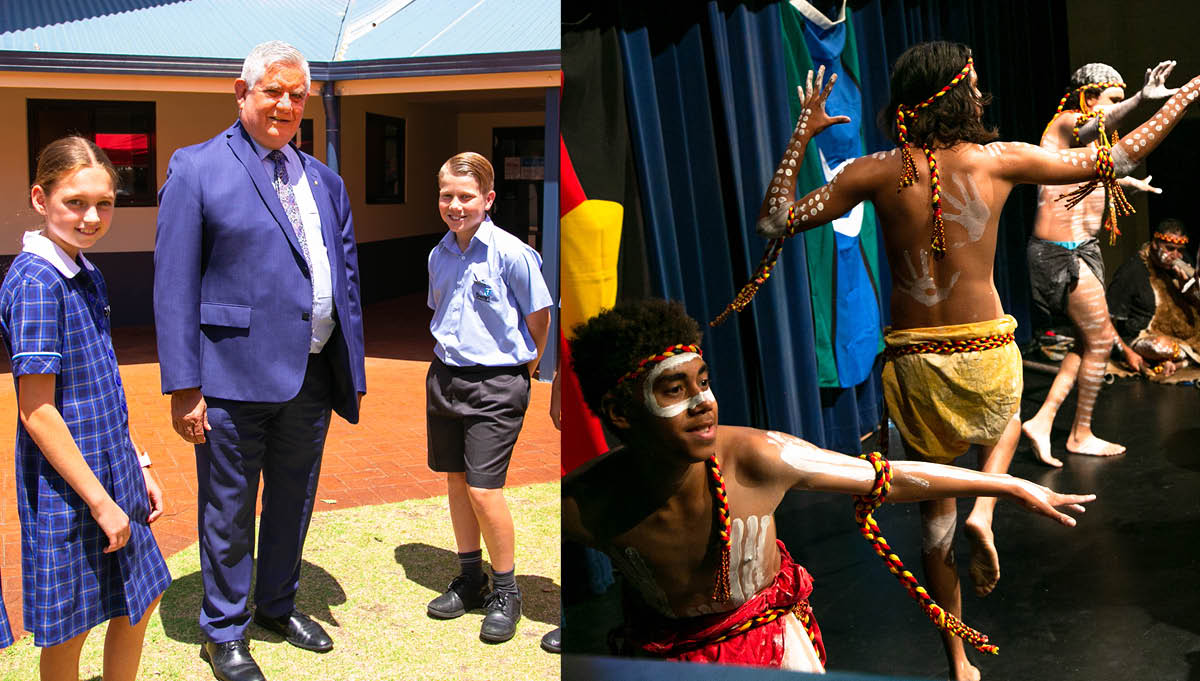 Swan Christian College celebrated NAIDOC week today. Even though we were a little late this year, we were thrilled to host a number of important dignitaries across the course of our morning celebrations.

The Honourable Ken Wyatt, the Member for Hasluck and Federal Minister for Indigenous Australians spent nearly three hours at the school addressing our “Assembly” and engaging with students. In his address, he spoke of “Continuity of Community” as he reminisced on his visit to Israel and the Garden of Gethsemane, a wonderful link to the theme set by Mr Devlyn Coleman who opened the Assembly in devotion. Mr Wyatt then visited a small number of our Junior School classes who were all busy with a variety of craft-based NAIDOC activities. His warm approachable nature and experience as a Primary Teacher / District Director with the Education Department gave our students confidence to ask many interesting questions.

“Ken” as he encouraged us to call him then rounded out his visit sharing morning tea after being grilled by our Year 11 Politics and Law class who found his successful rise from a small community to Federal politics a fascinating adventure.

We really appreciated the time that the Minister took out from his busy schedule to share with us. It was an honour and privilege to be his host.

Another famous dignitary who was able to spend the morning with us was the retired AFL superstar, Mr Des Headland. Des is a WA born and bred AFL veteran who played for Brisbane Lions and the Fremantle Dockers over a ten-year period. A Premiership medal winner in 2002, Des began his career playing for Subiaco in the WAFL where he was 1998 Rising Star, being drafted to Brisbane as the number one pick the same year.

Not just a footballer, Mr Headland shared a little of his career with us where we discovered that he dabbled in politics for a while and now is the CEO of a company focused on the provision of health services. He too spent time after the assembly with classes involved in NAIDOC activities before finishing up with a chat to a very enthusiastic group of Year 3 students.

Again, a huge thank you to Mr Headland for spending half of Thursday with us. It was an honour to share a kick and learn more about his life story and passion for our community.

Thank you to the staff involved in putting together this wonderful celebration and I encourage parents to take a moment to discuss NAIDOC with your child. If you are like me, there will always be a little something new to learn. 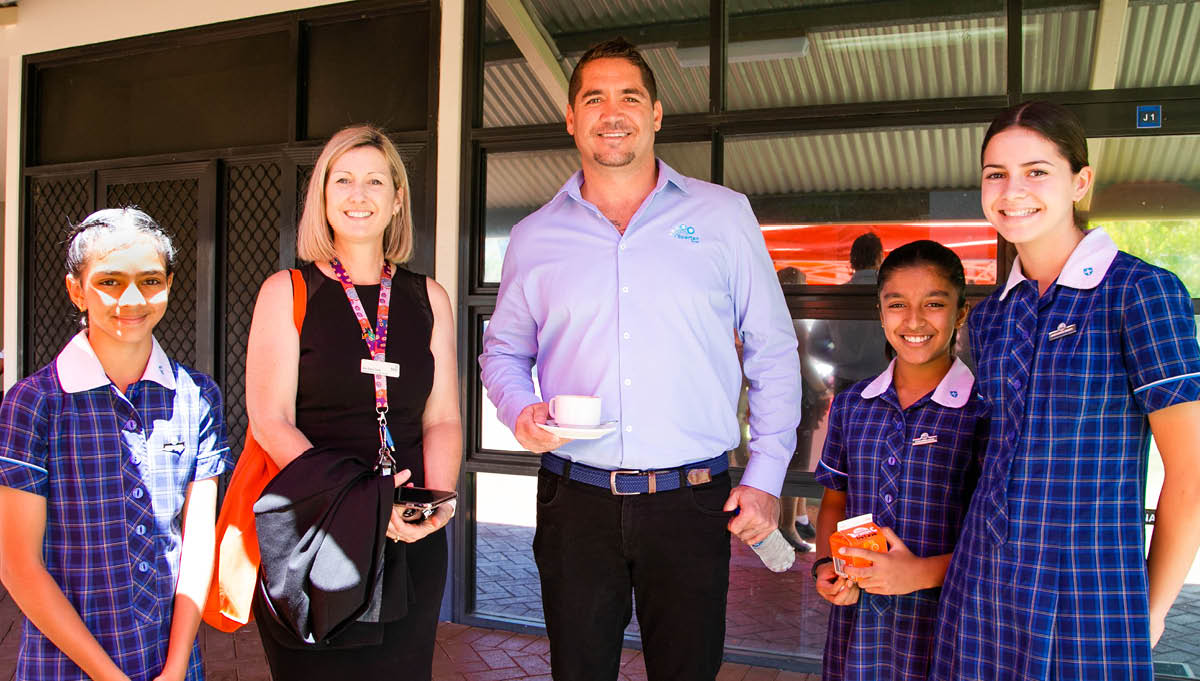 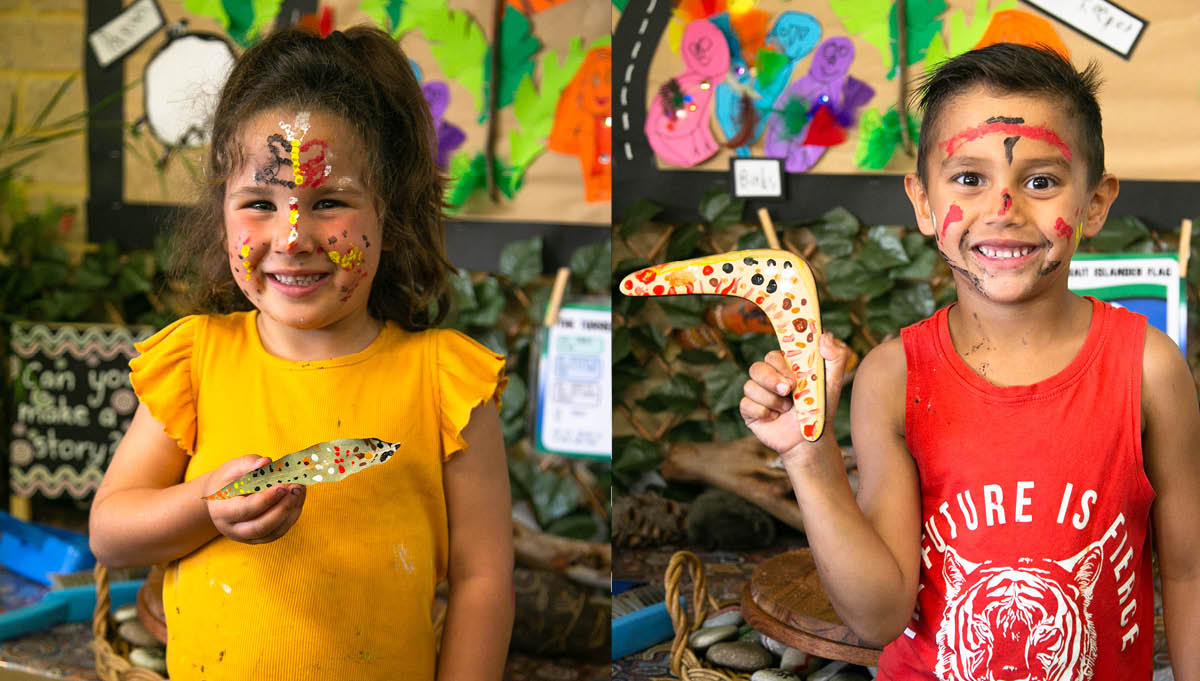