Artwork for Sale to Support Missions 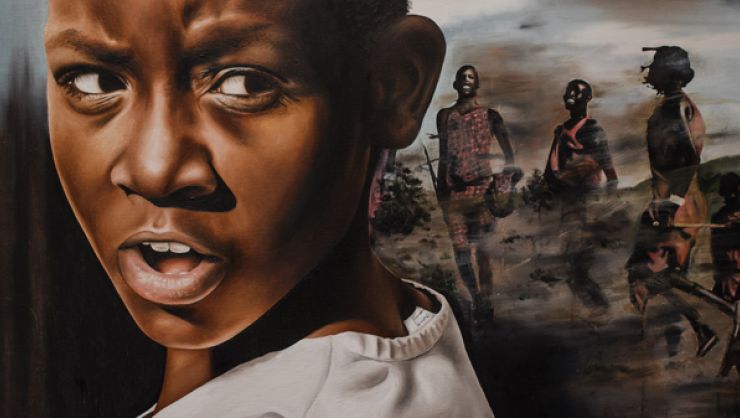 The piece titled ‘Naomi Missing Home’ was painted by our Art teacher Cherie Mongony (Tucker) who is an acclaimed artist in her own right. Cherie has won numerous awards for her art including the Darlington Arts festival and the Bob and Trish Juniper Award. She has also had her work selected for invite-only exhibitions including the Claremont Art Awards, and has sold many artworks through both exhibition and commission. In 2014, one of Cherie’s artworks was sold for over $2000 to raise funds for the Cambodia Missions.

This particular art piece for auction depicts a young girl named Naomi who was visited by Cherie during one of her many trips to Africa. Naomi lives in an orphanage with 13 other young girls and comes from a Maasai village in Tanzania. Naomi shared her memories of the songs and dances from her old home with Cherie, and the background of this painting depicts a scene common to Maasai villages. More of Cherie’s art can be viewed at www.cherietuckerart.com.

Any bids over the reserve of $1500 will be accepted for this piece valued at $5000. All of the proceeds from this sale will go to the Swanmissions Kantolomba project.

If you would like to have a close-up look at the painting please contact swanmissions@scea.wa.edu.au for this to be arranged.