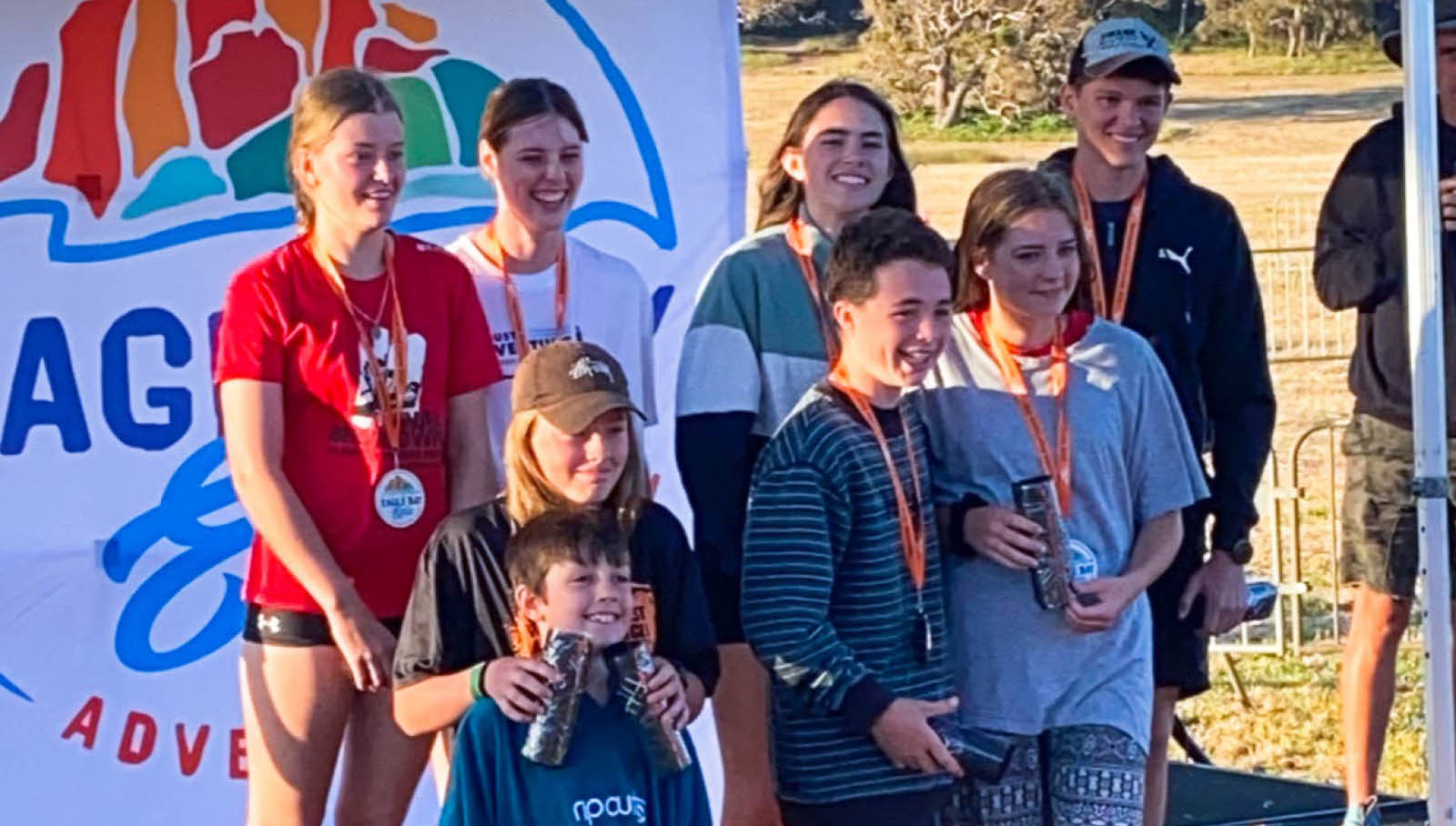 Most students entered as teams of four, with some extra fit students such as Sam (Year 8), James (Year 8), Paris (Year 11), Bethany (Year 9), Lily (Year 9) and Ella (Year 11), doing multiple disciplines. The weather was perfect and the location was picturesque, as students from Years 7 to 11 showed the benefit of all their pre-race training, winning almost all under 15 and under 18 female and male categories.

Some students even showed the 600+ adults how to race, with Jai (Year 10) and Jack (Year 9) achieving the top two times respectively for the 7.8km run amongst all adult and under 18 competitors.

The most pleasing part of this weekend, however, was the number of students who competed for the first time, showing extraordinary courage and perseverance as they took on the challenge of finishing their discipline for their team.

This is now the fifth year we have taken a Swan Team to this event run by Rapid Ascent, and it has been such a privilege to see the students compete with excellence and enjoy God’s beautiful creation down in the Southwest. Until next year.