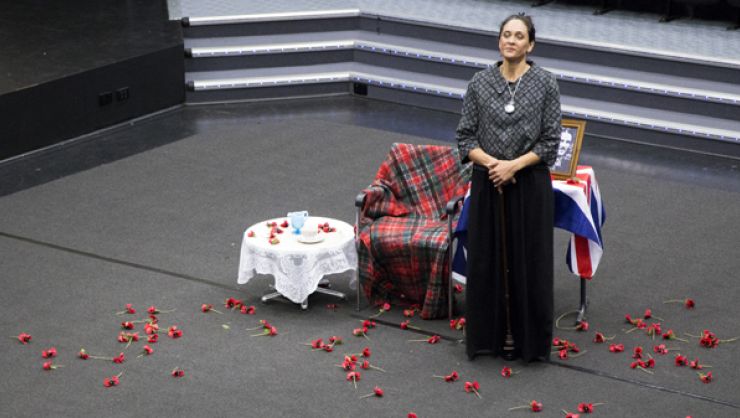 All students in Years 7-10 have benefited from drama performances presented at the College this year.

The plays were chosen to align with current studies in English. It is hoped that students, by exposure to broader content and forms of communication, are challenged in their thinking and ability to respond to the ideas in the texts they are studying.

Her second performance, Letters from France, dramatised the poetry of Wilfred Owen (one of the leading poets of the First World War) and incorporated some of the letters that he sent home from the front. The performance enabled Year 10 students to better understand the poet’s personal and emotional background.

In Hot Pies and Potato Crisps, actor and musician Brett Hunt played and sang his way through a wide selection of Australian poetry. Using his guitar and loop paddle, he engaged the Year 8 students throughout the fun but thought-provoking performance.

Year 9 students are commencing their first look at Shakespeare. To enhance their study of Romeo and Juliet, they will shortly be viewing a performance of Shakespeare’s Women.