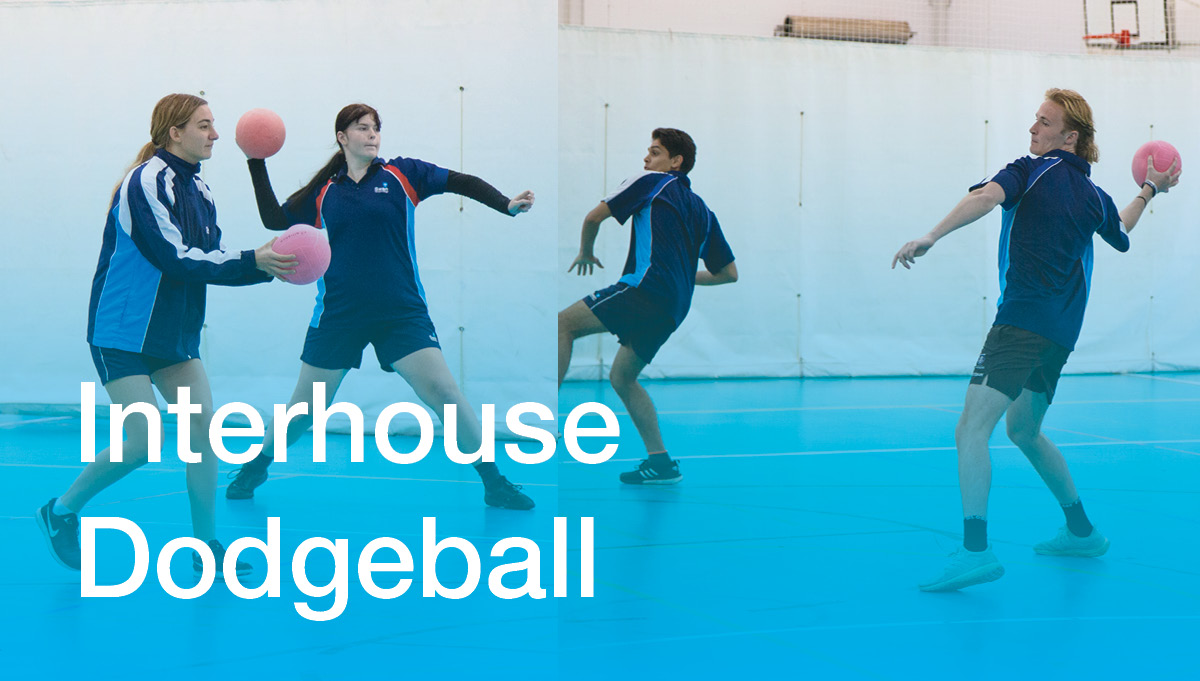 During Term 2 in the Middle and Senior School, as soon as restrictions were lifted to allow us to play organised sport again, we were thinking of a way to welcome the students back. One word came to mind. Dodgeball…

We decided to run an Interhouse Dodgeball competition where ten people from each House competed against each other in dodgeball matches. To quote a line from the movie, the students needed to ‘remember the 5 D’s of dodgeball: dodge, duck, dip, dive and dodge.’

Over the term the students competed as combined year groups over three lunchtimes a week. On Tuesdays the Year 7 an 8s played, Wednesday the Year 9 and 10s and Thursday the Year 11 and 12s. Each House played at least one match per lunchtime and by the end of the fixtures they had played each House twice.

Finals were played this week with all matches being extremely exciting and close fought. Finals were played as a best of three format. On Tuesday, the Year 7 and 8 final was between Kennedy and Bell with Kennedy coming out the victor. Tuesday also saw the Year 9 and 10 final between Kennedy and Bennett played. Again, Kennedy came out on top, which meant they won two out of the three dodgeball finals. Thursday saw Bell and Bennett face off in the Year 11/12 final. Bell had not lost a game all tournament and took that form into the final defeating Bennett.

I would like to thank the PE staff for officiating, the House Coordinators and Captains for organising the teams and most importantly the students for turning up and competing for their House.

Next term we will be running an Interhouse Netball competition for the students so encourage them to talk with their House Coordinators to sign-up!

Students Glad to Be Back

We asked our students a few questions about... see more