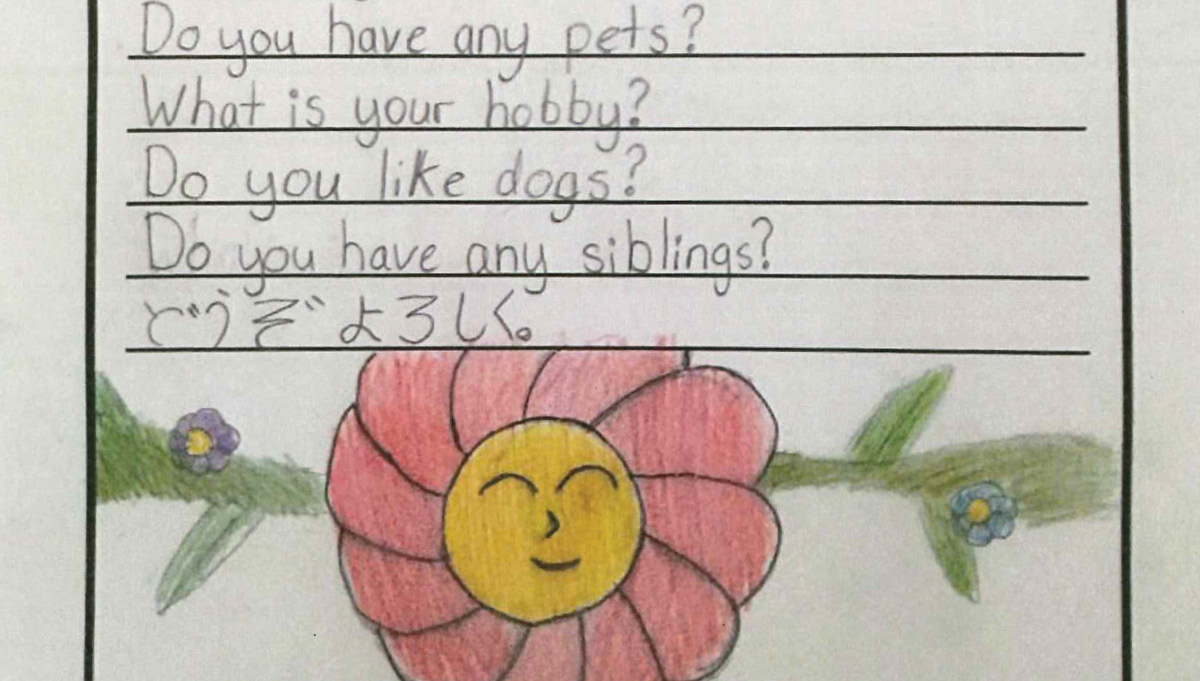 Swan Christian College has a long history of teaching Languages. While many schools have only recently introduced Languages programs to their curriculum in order to meet the government mandate of 2018, Swan recognised the importance of Languages education over 30 years ago by giving students opportunities to study either French or Japanese in the Middle and Senior School and introducing Japanese in Years 2-6 shortly after.

From the beginning, the Languages programs at Swan have embraced the power of interactive technologies to create fiction and non-fiction texts in a second language as well as assist in the recall of new words and sentence structures. Swan Christian College has always placed well in the online Education Perfect World Championships. In 2020, we came Fourth in WA out of 60 schools of the same size and globally 33th overall out of 2,155 schools. Three students at the College – Aryan in Year 9, Josiah in Year 8 and Danielle in Year 10 – achieved the highest “Elite” award with over 10,000 points, and three more – Sharrae in Year 8, Bella in Year 9 and Sara in Year 9 – were awarded a  “Gold” award for their 5,000 points. Overall, 73 of our students received an award.

Languages in the Senior School

In recent years students have been able to complete a Certificate II and III in Applied Languages as a VET qualification, a perfect match for careers in the hospitality and tourism sector. In 2021, French will join Japanese as an ATAR option in Year 11. This means that both Japanese and French students in Year 12 will receive a “Languages Bonus”, an additional 10% of the ATAR score in the language added to their total ATAR score.

Each year, the College has welcomed several exchange students from both France and Japan who have blessed our students and enriched our programs with their native language skills and cultural knowledge. The College also runs a biennial educational and cultural tour of Japan and planning is underway for future exchange opportunities to a French speaking country. In 2020, due to COVID 19, interaction with native speakers has continued in the form Skype conversations and email exchange.

Oral and creative focus in the Middle School

For the last couple of years there has been heightened focus on building up students’ confidence and skills in oral communication. The first Languages Showcase in June 2019 saw dozens of students get on the Maali Mia stage and perform fluent role-plays, speeches and poetry recitals in front of family and friends. Both the Year 7-8 and the Year 9-10 representatives brought in First Price for the College in the state-wide Side-by-Side Languages Speaking Competition 2019. The increased confidence and joy in speaking in another language can also be witnessed in the school yard as more and more students are greeting Languages teachers in different languages and engaging in small conversations in Japanese and French.

In 2020, the Languages department will continue exploring the Creative Strand of the new WA Curriculum for Languages through poetry, song and picture books. Due to COVID19 restrictions, the special activities in the Languages department have had to be modified, but still include lots of cooking, food tasting, singing, dancing, games and trying out a number of cultural activities like traditional Japanese and French sports and games. We will also celebrate the Languages Week in Week 3 of Term 3 by decorating special friendship rocks, singing on the outdoor stage in various languages and by discussing the importance of Languages learning for intercultural understanding, increased employment opportunities and global harmony. While a Languages Showcase 2020 is planned for later in the year, here is a taster of the Japanese and French speaking skills of our students.