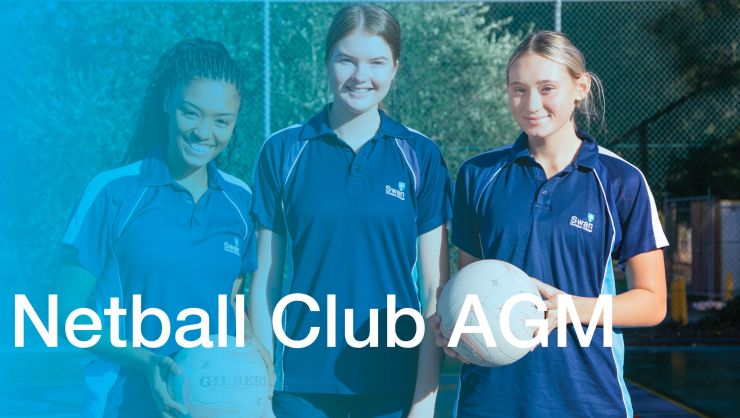 On Thursday 17 November at 6:00pm the Swan Christian Netball Club will be holding its Annual General Meeting at Swan in the Conference room from 6pm. All parents of students involved in the netball club are encouraged to attend.

As part of this meeting, the various committee roles will be up for re-election as per the club constitution. As expected each year there will be some committee members finishing up, and so we will need new members to join for the club to continue in 2023. Please consider giving back to the club community by joining the committee in one of the following roles for 2023:

If you are interested in any of these roles, please contact the Chairman, Mr Steve Drew at stephen.drew@swan.wa.edu.au before the AGM for further information.

Thank you for your continued support of the Swan Christian Netball Club.