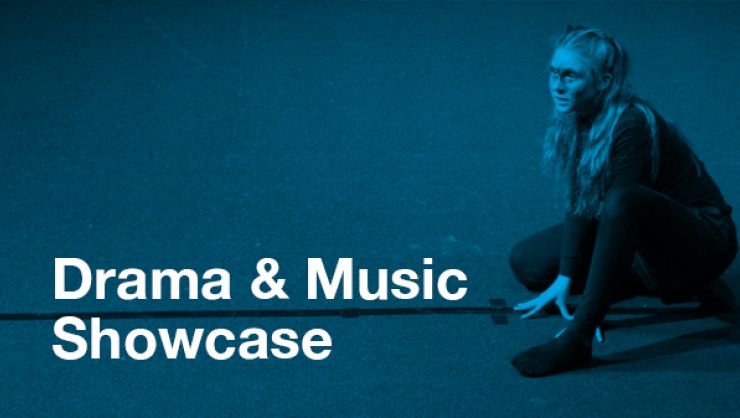 On Wednesday night of the Arts Showcase week, Music and Drama from the Year 11 and 12 ATAR students were featured.

The students gave outstanding performances of solo works and drama pieces, which they prepared for their final practical assessment. While they were a bit nervous before the show, they showed remarkable performance skills and confidence.

The Year 11 Music ATAR students opened the show with Vanessa Thomas singing Life of Mars, demonstrating a wide voice range and good understanding of pitch. The song is a remarkable Bowie song which Vanessa delivered very well in a ballad style. Ellesseia Parker played a modern popular Zee Confrey piece, Dizzy Fingers on the piano demonstrating a strong understanding of the technical demands of the showy rag style licks and piano rolls.

The Year 12 Students performed two pieces each. Madison Hanley’s performed with her band and demonstrated that she is at home with her drums, confidently playing demanding technical drum fills and grooves. She also performed the contemporary songs R U Mine and Hard Times which drew much applause from the audience

In addition to performing her Drama scripted piece, Antonia Nickolai sang the classic ballad Your Song with much ease. Kiara Burke, played two pieces on the cello. Her rendition of Gounod’s Ave Maria showed not only advanced skills and technique but the beautiful way music was created to touch the human spirit.

For the drama students, the showcase was a great opportunity to perform their pieces for the Performance WACE examinations. Delivering their work in front of live audiences really helped the students consolidate how their pieces work in performance. Audience feedback is very important for the students as it helps them ascertain the level of engagement the pieces create.

Sharni Andersson, Rachel Leeds, Antonia Nickolai each performed a piece of memorized Scripted Performance and later in the program they performed their Original Solo Performance piece, a huge undertaking for the Year 12 students. The students must craft an original theatre piece to last between four to six minutes demonstrating their understanding of Drama theory and practitioners as well as a character transitioning through a journey.

After the interval, audiences were heartily entertained by the hilarious production of Dags by the Year 11 General and ATAR students. This script is written by Debra Oswald, an Australian playwright who is also responsible for the hit television series Offspring. Dags deals with the misadventures of a teenager girl in her last years of high school as she grows into her own identity, finding friends and being thwarted in love. The students demonstrated not only performance skills but also their knowledge of theory and presentational, physical theater. The ATAR students were also responsible for the design aspect of this production.

Overall, the music and drama students certainly reflected that their talents are God-given and that they enjoyed developing their skills and expressing their feelings through drama and music. In doing so, they provided the audience with another way to see, to experience and to feel the wonderful world that surrounds us.