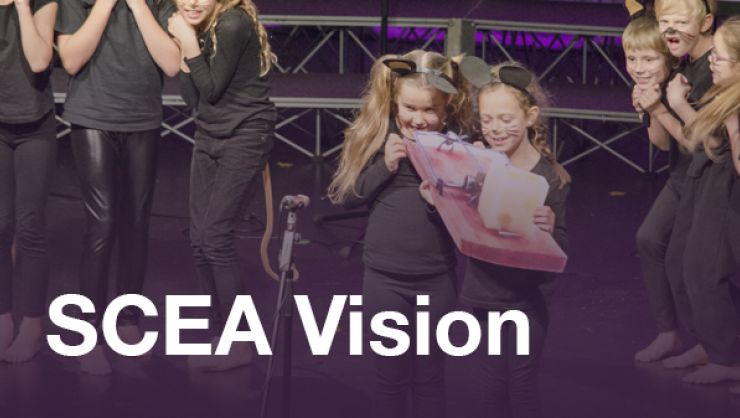 Now in its fourth year, ‘SCEAVision’ challenges students from Kindergarten to Year 12 across all SCEA schools to perform in any language other than English.

This year’s competition featured over 100 SCEA students across 37 performances in 15 languages, including Auslan, Afrikaans, Japanese, Indonesian, Italian, French, Mandarin, Spanish, German, Burmese, Maori and the Yorta Yorta indigenous language, and for the first time, performances in Farsi, Hawaiian and Gaelic.

Many people who attended the night let the College know how impressed they were with the quality of performances from our College.  According to Miss Francis, some native French speakers even complimented one of our students on her French performance.

Though all our students did the College proud, a special congratulation to John Saxon and Anke Tamsen (who each won their age category), and to Jeremy Moulds for coming in as runner-up in the Year 1-3 category. Not only was Jeremy’s singing of La Bamba spot on, he also surprised the audience with his amazing dance moves and stage presence.

It is great to see an enthusiasm for languages growing in our College community and we are hoping to see more participation in events like this in the coming years.