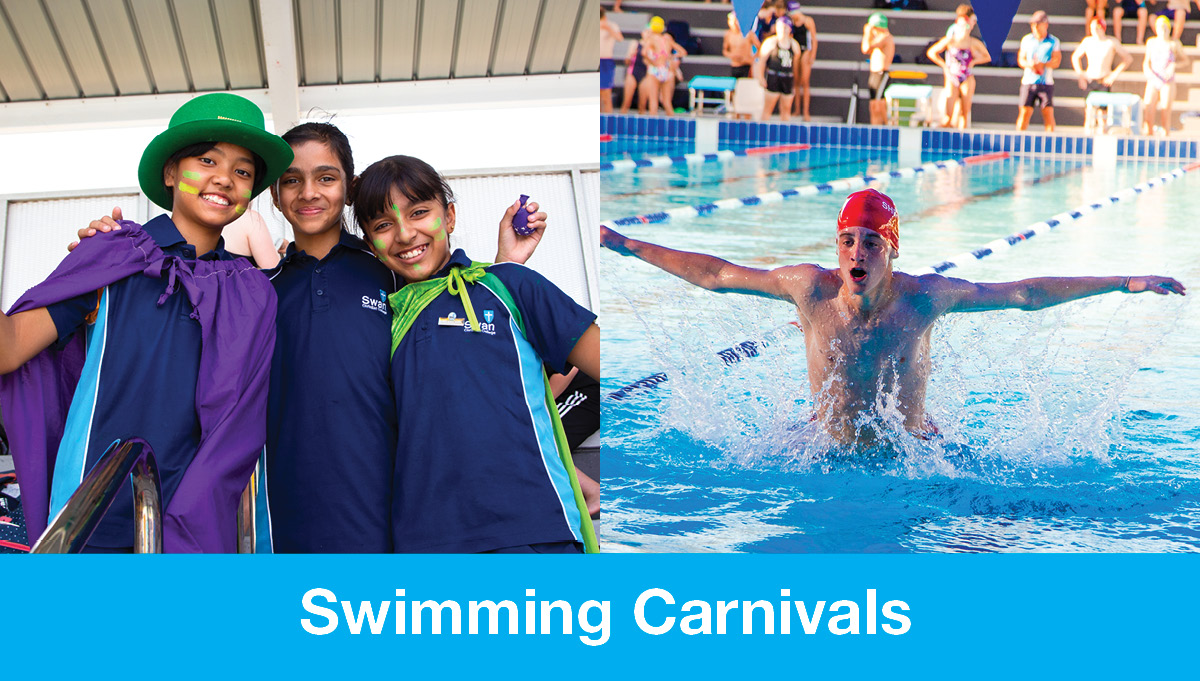 On 24 February, the Junior, Middle and Senior Schools held their Interhouse Swimming Carnival at Bayswater Waves. It was a fun-filled day full of chants, colour, dress ups, and fierce competition.

The carnival displayed many impressive individual performances, high levels of encouragement from students, as well as a great community spirit amongst the houses. The level of participation in the pool was amazing! Students are to be commended for the way they represented themselves and the College.

At the Middle and Senior School carnival during the afternoon, there was a close competition between Shenton and Mungulu, but in the end, Shenton took the win.

Finally, a massive congratulations to Shenton who took out the 2020 House Swimming Carnival shield, by accumulating the most points throughout both Junior, Middle and Senior School carnivals.

I would like to congratulate the following students on their outstanding individual achievements:

Lastly, I would like to say a say a massive thank you to Mr Negrulj and Mr Tweedie for organising the carnivals, and to all the staff, students and parents for their support in making the day so successful, highlighting what amazing community spirit we have at Swan Christian College.