The Book of Everything Theatre Review 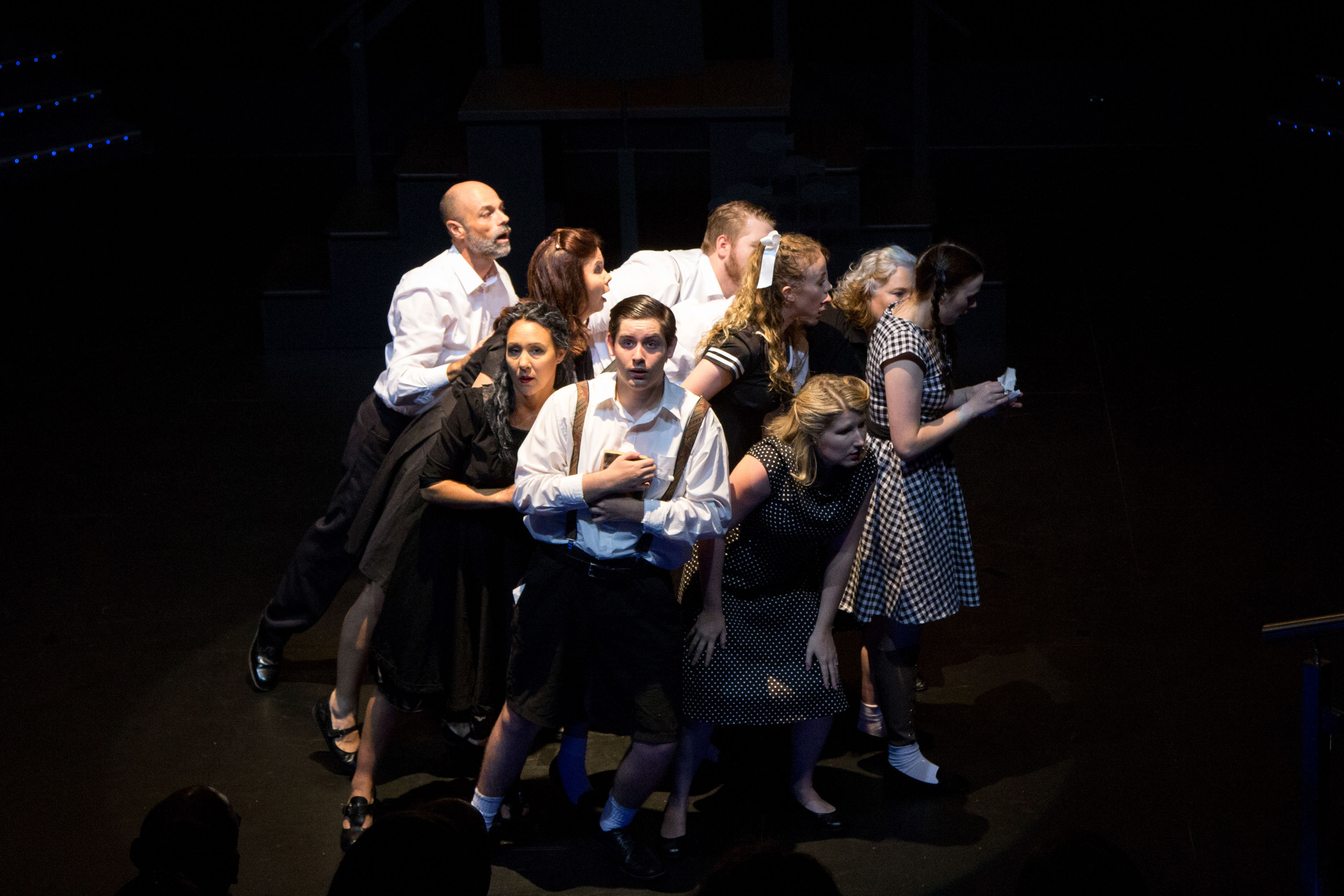 ‘The Book of Everything’ is an uplifting, moving adaptation of Dutch author, Guus Kuijer’s short bleak novel, by Richard Tulloch. Incidentally, the cinema film is not the same story.

This Fringeworld 2019 production is being presented by the Fenceline Theatre Company. The 100-minute children’s drama is being performed in the comfortable, ‘in the round’ Maali Mia Theatre, at the Swan Christian College, 381 Great Northern Highway in Middle Swan. The curtains go up at 7.15 nightly, until Saturday 16th February

The scene is 1951 in a poor, devastated area of Amsterdam.

The set designer (Jane Hille) has created a photographic scenic backdrop (constructed by PALINK - The Performing Arts Link). The suspended photos are of the unique, tall narrow house fronts of Amsterdam. There must be a hundred assorted windows on the backdrop.

Jane Hille’s lighting design was installed by Total Concert Productions and operated by technician Kaitlyn Mackie. With careful barndoor control, several windows are individually illuminated, to indicate the scenes of action being enacted on stage. So well thought-out was the lighting that one could easily miss the subtly and the numerous cues.

The production was assisted by Kaitlyn Mackie and Flynn Voight. The work of professional sound technician, Marty Owen was impressive. One special sound effect was subtly supplied orally by one of the cast.

Most of the actors are ex-students, who are about 20 yrs. having left Swan College in the past couple of years. The remainder of the cast are staff members. For many, this is their first major acting role.

The narrators, Zac Holmes and Laura Herd, set the scene.

We join 9-years old – well almost 10! - Thomas Klopper (Finlay nominee - Welland Joyce) in his bedroom, enthusiastically completing his ‘Book of Everything’. The book contains all his fantasies, memories and local gossip.

From downstairs the father (‘Klopper’ is Dutch for ‘beater’) sternly demands that they get together for evening prayers. The father (Andrew Matthews) is a lay preacher, with very few congregants, mainly family. Thomas’ older sister, appears as ‘dumb as an onion’, but she knows more than one thinks. Margot (physiotherapy student - Flynn Voight) is tired of her father’s religious tirades and harsh treatment, especially that of her mother (Jane van de Westhuizen). At church Thomas meets disabled Eliza – with the squeaky leather leg (OT student - Madison Robinson) who also has a deformed hand.

Their nearest neighbour, Mrs van Amersfoort (Sharon Pasco), is an old witch. Constantly dressed in black widow’s weeds, she is heartlessly hounded in the street by children. The only other caller at the Klopper’s house is Auntie Pie (school parent - Charlien Van Wyk) who is married to their father’s brother, an equally severe Bible thumper.

Thomas, being a lonely boy, relies upon regular visits from Jesus (History and film student - John Saxon), who usually has trendy advice for the youngster, especially when the Plagues of Egypt descend upon his family. Knowledgeable and genial Thomas is never afraid to ask anyone questions, even Jesus. His ambition in life is simply to be happy.

Immediately one could see that the quality of the performance was the result of hard work by a talented director, Jane Hille and a dedicated cast. The cast were well versed, moved naturally, carried out the scene changes, and were word perfect. Superb direction and team work.

The costumes and hairstyles were by Laura Herd. The boy’s shorts and braces looked very like the lederhosen of the period. The mother’s authentic pinny was multipurpose, and the ‘witch’s’ clothing perfect. The leather leg brace was well made and fitted perfectly.

The actors were required to speak with Dutch accents, which were possibly more German than Dutch, but they all matched, and no one let the intonation slip. Excellent. A short choral piece was an impressive madrigal with faultless harmonies.

This play has very complex themes, which makes it very difficult for a school to present. Not only is an understanding of the story required, but to really succeed the actors must understand the era of the play, the horror and circumstances surrounding the lives – which they did. The performances were convincing and captured all the emotions. The chemistry between every player was superb, especially in Thomas’s family where there was deep love mingled with domination and fear.

The body language was natural and the facial expressions exceptional. With a multifaceted storyline and very different characters, one often finds that the performances can be a succession of soliloquies, here however the team work was very good and the interaction well above average. Great flawless performances.

This story was reminiscent of the ‘Adrian Mole aged 13¾’ series of books, and the most popular TV series of 1985 - but with perhaps more religious messages and believable life experiences.